Zillow calculated the gains by measuring the difference between cumulative home values at the end of 2012 against what it projects will be the cumulative gain come year end. Specific value changes will be published in Jan.

Zillow values American residential real estate at $25.70 trillion up from $23.81 trillion at the end of 2012. At the end of 2011 home values stood at $22.96 trillion after completing four consecutive years of losses. Zillow says that 44 percent of the net value lost during the Great Recession has returned.

“In 2013, the housing market continued to build on the positive momentum that began in 2012, after the housing market bottomed. Low mortgage rates and an improving economy helped bring buyers into the market, boosting demand and driving prices up,” said Zillow Chief Economist Stan Humphries. “We expect these gains to continue into next year, though at a slower pace. The housing market is transitioning away from the robust bounce off the bottom we’ve been seeing, toward a more sustainable, healthier market. This will result in annual appreciation closer to historic norms of between 3 percent and 5 percent.”

Most US metropolitan areas across the country enjoyed an increase in home values for the year, 90 percent in fact. Zillow tracks 485 metro areas and hones in on the 30 largest led by Greater Los Angeles with home values estimated at $2.2 trillion and Greater New York coming in at $1.9 trillion. By far, Los Angeles had the largest projected gains with home values increasing by $323.1 billion, followed by San Francisco up by $159.2 billion and New York up by $123.1 billion.

Other metro areas likely to see a robust jump in home values for the year included Las Vegas where home values stood at $115.3 billion at the end of 2012 and are projected to finish at about $146.7 billion, rising nearly three times faster than last year. Chicago, which had seen its home values fall by $8 billion in 2012, will likely see a significant turn around, rising by $58.6 billion to $687.5 billion at year’s end. Besides Chicago, New York and San Antonio are also reversing losses.

Consumers shopping for a new home in 2014 will see slightly higher interest rates and continued market rebound across the nation. In some markets, particularly in sought after neighborhoods, bidding wars may return.

All home shoppers should make sure that their credit is in good order before searching for a mortgage. Obtain all three copies of your credit reports for free by visiting AnnualCreditReport.com. Ensure that the information is correct about you and obtain your credit score too. With your credit in line and your finances in order you’ll be ready to apply for a mortgage. Take that mortgage approval letter with you when you go shopping to show sellers that you’re ready to buy.

How to Finance Your Home Improvement Project 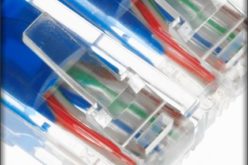 How to Save Money on TV, Internet and Phone 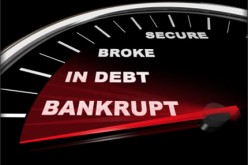 Use Your Gift Cards Before They Expire 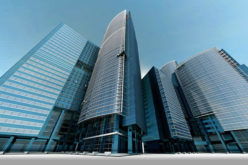 Making the Choice of Credit Unions vs Banks (Pros and Cons)

How to Fix Your Defaulted Car Loan

Should You Take the Rebate or the Auto Financing?

5 Options When Searching For Your Next Home

Selling Your Home? Here Are 4 Options to Consider

Budget for Your Industrial Business With These 3 Tips

4 Sneaky Tricks for Finding a Costume on a Budget

How to Make the Most of Your Credit Card Rewards