Maintaining a healthy brain can help reduce your chances of developing dementia later in life. The best way to do this is to eat foods that are rich in minerals, vitamins and antioxidants to nourish your brain and guard it against damage by free radicals produced as the body utilizes oxygen.

Taking low quality, refined foods that are high sugar content can be harmful to your brain. While processed sugar has an effect on insulin regulation and cause inflammation, a diet that has a high content of bad sugars can accelerate formation of plaques known as beta-amyloid in the brain. These plaques are responsible for the brain damage that occurs in people have Alzheimer’s dementia.

Here are some brain-friendly foods that can help reduce your chances of developing dementia:

Blueberries contain a plant compound known as anthocyanins that cause vegetables and fruits to develop purple or red colors. This compound soaks iron compounds that are harmful and helps in delaying memory loss in the short run. Research shows that most debilitating diseases are partly a result of faulty iron compounds that result to generation of toxins that cause degenerative diseases such as Parkinson’s and Alzheimer’s Dementia.

To prevent toxic iron compounds, it is critical that you take nutrients to detoxify the iron. Such nutrients occur in purple fruits and vegetables such as blueberries, beetroots and aubergines. These and brightly colored vegetables and fruits contain phytonutrients that help in improving memory.

Spices such as turmeric, cinnamon, curcumin and sage are useful in breaking brain plaque and reducing inflammation that impacts on brain functionality. A study released in 2009 shows that taking turmeric curry one or two times a week can prevent Alzheimer’s dementia.

Brain health research shows that in Alzheimer’s patients, curcumin can help in preventing brain plaque from spreading in the brain while in persons where the plaque has not formed it may prevent its formation. Researches in the German Institute of Neuroscience and Medicine have found that turmerone, a substance extracted from turmeric increased the self-healing ability of the brain by increasing multiplication rate of stem cells.

Foods like ginger, oily fish and dark berries help protect the glial cells in the central nervous system. These cells are responsible for supporting and insulating the nervous system as well as removing toxins and debris that cause Alzheimer’s disease from the brain.

Oily fish is also a source of Omega 3 fatty acids that enhance brain, joint and heart health. Low levels of these fatty acids, particularly DHA is associated to the Alzheimer’s dementia. When maintained in sufficient levels, omega 3 fatty acids can minimize lewy body dementia causes and enable the body to release serotonin, a hormone that helps with stress management. A 2013 study published by University of Alabama shows that persons who take adequate levels of Omega 3 fatty acids and vegetables are less likely to have memory and thought processing problems in their sixties.

These are rich in vitamin E and contain right amounts of fats, fiber and antioxidants. Research has shown that the vitamin E, which occurs in all nut varieties, can slow down cognitive decline especially in aging people. Eating nuts regularly, even on a daily basis not only helps with enhancing your brain health but also lowers your risk for bad cholesterol and heart disease.

These foods are rich in B vitamins such as B12, folic acid and B6 that help in lowering amounts of a compound know as homocysteine in blood. High levels of this compound are associated with high risks of cognitive impairment, stroke and Alzheimer’s disease. High doses of B vitamins have been found to prevent brain shrinkage in patients of mild cognitive illnesses.

Wholegrain such as oats are good at maintaining consistent blood sugar and insulin levels compared to processed foods that are capable of spiking glucose levels. Continued spiking of glucose contributes to inflammation that, over time, becomes detrimental to body organs including the brain.

Broccoli is a green vegetable that contains Choline and Vitamin K nutrients that support brain functionality. Vitamin K is useful in enhancing cognitive abilities while Choline improves memory. Research shows that the performance of persons who take large quantities of broccoli in memory tests is better.

Depression has been linked to low levels of folic acid and taking broccoli can help keep a person happy. In a 2011 research, Dundee University discovered that broccoli contains a chemical known as ‘sulforaphane’ that helps in keeping the brain sharp at old age. 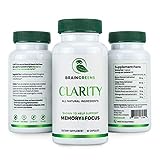 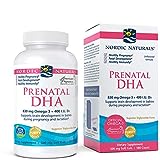 From the administrative staff at SayEducate.com. We hope you enjoy this managing your money and finances BLOG-magazine. Please forward any suggestions or comments regarding the posting or other elements of our site. Thank you.

How To Tackle Long-Term Medical Care The Right Way

Legally Driven? 4 Ways to Decide If Law School is Right for You

Why Credit Repair is More Important (and Beneficial) Than You Think

Vision Therapy Q and A: What Matters and All the Facts You Need to Know

8 Things Dermatologists Want You to Know About Sensitive Skin

No Time for School? How to Get an Education When You’re Working Full Time

The Importance of Financial Goals in Your Life

Tips for When You Start Establishing Your Own Finances

Lump Sum or Monthly Pension: Which one is Best?

How Physical Distance Can Factor into Your Divorce