The American consumer is bruised and battered, and is taking stock of an economy that is just now beginning to show fresh signs of growth. Fannie Mae, established in 1938 by the federal government to help banks and other financial institutions offer mortgage loans to consumers, conducts a quarterly National Housing Survey to gauge consumer sentiment. Its most recent survey, published in late February 2011, reveals that Americans have mixed feelings — and much concern — about the state of the housing market.

Fannie Mae’s “Fourth Quarter National Housing Survey” queried approximately 3,400 homeowners and renters – throughout October, November and December 2010 – to determine their confidence in homeownership as an investment. The survey also gauged respondent household finances, their views on the American housing finance system, and their overall confidence in the economy.[1]

The latest survey has revealed that fewer Americans feel confident about home ownership particularly as pertains to being a safe investment. That confidence has slipped since the January 2010 survey when the housing market was just beginning to show signs of stabilization.

The Fannie Mae survey did reveal, however, that Americans are more confident about the stability of home prices than they were at the beginning of 2011, even though they personally lack confidence in the overall strength of the economy.

Young people and members of certain minority groups including blacks and Latinos are generally more positive about owning a home than the general population. Respondents who were between the ages 18-34 believe buying a home has a lot of potential as an investment, even though this very age group suffered the steepest decline in homeownership during the housing crisis. Among blacks and Latinos, one-third say they plan to buy a home in the next three years compared with one in four members of the general population.

So, how far has consumer confidence dropped for home buying. Writing for The Wall Street Journal, Nick Timiaraos notes that the number is currently 64 percent, down from 70 percent one year ago.[2] More telling is where it was seven years earlier when the housing market was strong. Fannie Mae noted that in December 2003 83 percent of Americans believed that housing was a safe investment.

Home shoppers who are planning to take advantage of the spring selling season which is now underway will find home prices lower than they were last spring. Housing inventories remain up in some markets as the number of foreclosed homes continues to rise. Consumers will also find that tighter lending standards and higher interest rates are two factors which can put a damper on their home buying plans according to the Chicago Tribune.[3]

[3] Chicago Tribune: Would-be Buyers Could Find it Harder to get Into a Home in 2011

Adv. — Shop for a home loan once you determine your credit is strong enough for loan approval. Visit SayGoodCredit.com for tips on how to build your credit score.

Back To School? You Can Help!

27 Business Tax Credits From The IRS 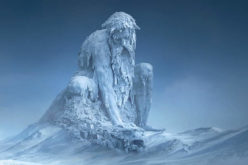 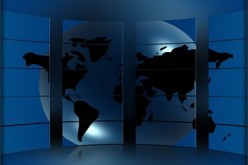 The Edens Professorship in Global Health 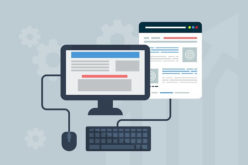 Improving Your Financial Future: 4 Tips to Help You Manage Your Money Responsibly 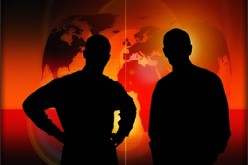 How to Obtain Wealth: Create a Service and a Successful By-Product

How to Make Money with Airbnb

5 Strategic Tips to Inspire Teen Confidence When Taking the SAT

5 Things to Avoid When Investing

Switching Car Insurance Providers? 5 Tips to Turn You into a Smart Shopper