A Consumer Proposal as a Means of Curbing Bankruptcy

What Is A Consumer Proposal?

This agreement organizes for partial settlement of the entire unsecured debt owing. Filing for a consumer proposal automatically signs you up for paying part of the amount you owe while the creditors agree to forgive the balance. Most of your wage garnishments cease immediately and interest stops accumulating from the date you file this agreement. You are also not in jeopardy of losing your assets or house as it is in bankruptcy.

Consumer proposal comes with a number of benefits, but unlike in bankruptcy, surplus income is not one of them. However, your assets are guarded and won’t be surrendered to the administrator as part of the proposal agreement. This way, you don’t stand to risk losing much more than you could under different circumstances.

Benefits Of A Consumer Proposal

Do I Need A Consumer Proposal?

To confirm if you will need a consumer proposal, however, you will need to consult with an LIT and explore the different options available to ascertain whether there is an alternative to it. After a detailed evaluation of your financial situation, they will outline different available options and provide you with the pros and cons of each one to help find a solution to your financial problems.

How Does Filing A Consumer Proposal Work?

In case you decide to file a consumer proposal, the LIT will help you come up with one that works both for you and the creditors. They will then file your proposal with The Office of the Superintendent of Bankruptcy after which you immediately stop making payments either directly or to unsecured creditors. If your wages are being garnished by your creditors or they have law suits against you, this also stops promptly.

The LIT then submit your proposal to the creditors including a thorough report on your personal situations and the reason behind your financial constraints. This gives the creditors exactly 45 days to either comply with or decline the proposal. A meeting of creditors may be held to corroborate the terms of payment provided one or more of the creditors is owed a minimum of 25% of the total of the proven claims. If no meeting is requested within the 45 days span, the proposal is considered to have been approved by the creditors regardless of any objection received.

What If My Consumer Proposal Is Accepted?

If your consumer proposal gets accepted, you’ll be held responsible for either paying regular periodic payments or a lump sum amount to the licensed insolvency trustee then fully comply with any other conditions outlined in the proposal. You also get to retain your assets on condition that you make payments regularly to secured creditors and are liable to two sessions of financial counseling.

What If My Consumer Proposal Is Rejected?

If it is rejected, you’ll be required to revise it and resubmit it, opt for an alternative financial solution or ultimately declare bankruptcy. In case you’re able to meet all the conditions to the letter, you’ll legally be released from all of the debts outlined in the proposal. In addition, if you decide to make monthly payments and your payment abstraction is less frequent and 3 months past due time, the proposal is going to be considered annulled. This will give the creditors the authority to take prompt action and collect the money you owe them unless a court order has requested otherwise or an amendment in the consumer proposal filed.

34 Reviews
Get Rid Of Your Debt And Avoid Bankruptcy
View on Amazon Updated 2020-02-14
SaleBestseller No. 2 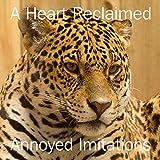 The Emotional State of Business Bankruptcy

What Kind of Bankruptcy Should I File For?

Bankruptcy: How To Know When To Throw In The Towel

How to Avoid Committing Bankruptcy Fraud

What You May Want To Consider Before Filing for Bankruptcy

4 Useful Tips on How to Avoid Bankruptcy

When Should Personal Bankruptcy Become an Option

5 In-Demand Trades You Can Learn Online

How Is Negligence Proven in a Personal Injury Case?

Furniture You Need in Your First Apartment

How To Get Your Kids To Do Chores Without The Drama

Learn How to Begin Your Career in Finance